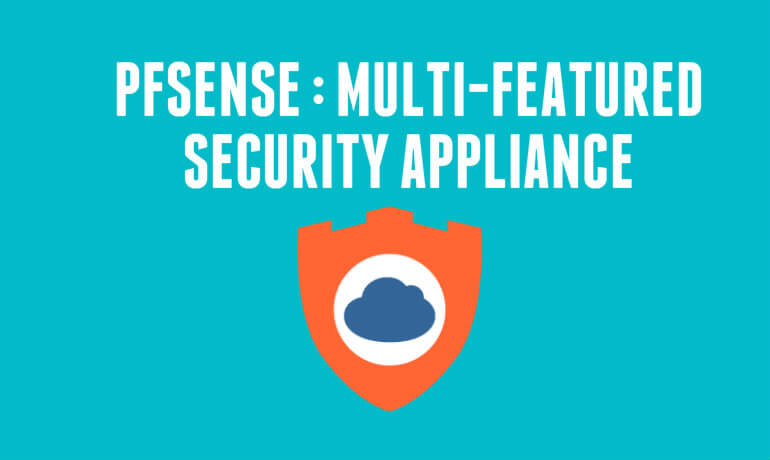 FreeBSD based open source pfSense, is an excellent combination of network and security features. 14 years of continuous development and deployment in production networks, pfSense is now shaped into a swiss army knife of routing, security and other networking services such as DNS, DHCP, packet capturing, VPN services and much more. The ‘much more’ part is coming from the ease of adding other well-known, opensource network tools into pfSense platform as packages. PfSense comes in hardware, software and cloud deployment modes. Current company behind development and maintenance of pfSense is Netgate, which offers hardware and official support. Let’s have look on some of the capabilities of pfsense which can support a fully functional, secure and flexible network.

Software based pfsense solution is easy to deploy and configure, cost effective, opensource, suitable for small to medium offices or home network. Ofcourse when deployed on powerful hardware it can handle much more. pfSense can be deployed on VMware workstation, ESXi, Microsoft Hyper-V, proxmox and perhaps on any other virtualization platform. pfSense maintains extensive wiki documentation and discussion forum, which I find very useful for installation, configuration and troubleshooting. ISO file for installing pFsense could be downloaded from here.

During vmware installation the OS platform to be chosen is FreeBSD 64 Bit, ofcourse underlying platform has to support 64 bit as well. Hardware resources could be as low as 512 MB RAM, 1x vCPU, 20 GB HDD, but I am using 1 GB RAM, 30 GB HDD, 2x vCPU for managing a small lab environment. I am also using another pFsense virtual appliance on amazon cloud which serves the purpose of VPN, Firewall and NAT for my single test EC2 instance. 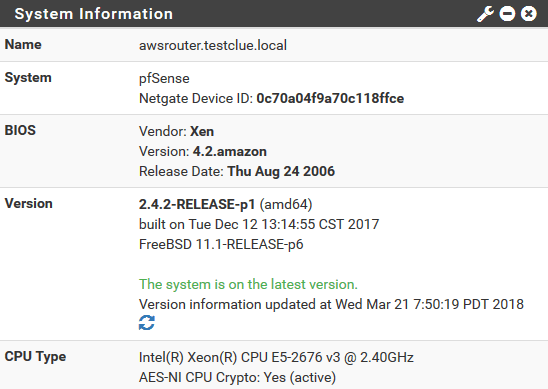 Some of Great In-built features :

And this is not all, there are even more packages available which can be integrated to pfsense installation to enhance the usability.

Some use cases where pfSense could be Deployed :

If you are having difficulties deploying pfsense as virtual appliance feel free to leave comment on the forum and you might have an answer from some one who already went through the ordeal.

@ 2013 - 2018 Testclue, All Rights Reserved, Terms and Conditions of use Privacy Policy Could be found here. Refund Policy is available here. Disclaimer : F5, Cisco, VMware, pfsense, VyOS are trademarks and logos of respective companies holding them, Testclue is not official partner or provider of courses and material.