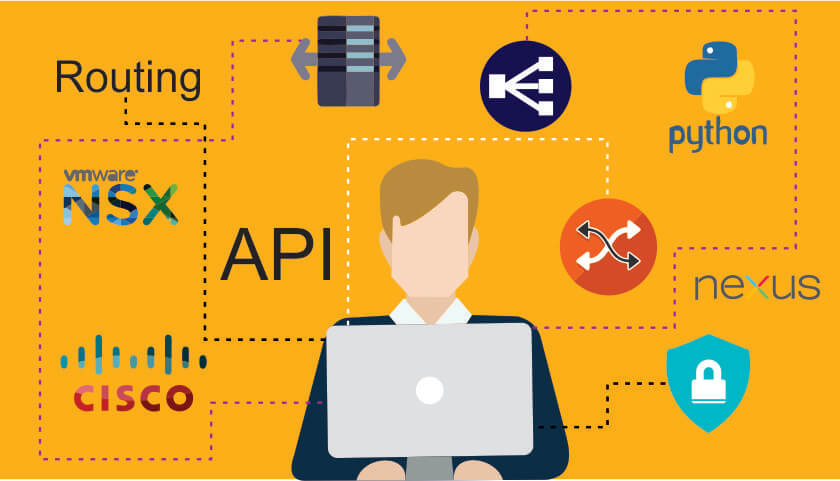 Let me take you back few years in past, it is year 2007, in a quiet meeting room of big IT company 3 people are sitting. Two sitting on one side of medium sized table and a candidate facing them on other side. Bit nervous candidate is answering interview questions for position of senior network engineer position.

Let’s have a look on some of questions:

Now back in present, ask yourself if knowing routing, switching & even firewalls is sufficient to survive networking interviews and sufficient for senior network engineer?

Depending on which specific networking branch (LAN, WAN, Data-center, Security, Wireless, etc) one belongs to, it is certainly not enough to know just traditional networking skills. In these times, Virtualization is something which a network engineer could not afford to miss or be ignorant about. Virtualization is not limited to few servers these days, even networks, storage, security services are being virtualized.

Cloud on other hand is transforming how services are being hosted, with orchestration a force behind it. Why customers are interested in cloud platform? Because it is fast to deploy, flexible in nature, can grow with demand, ease of integration with traditional infra, list goes on. Multiple cloud services such as IaaS, PaaS, NaaS, SaaS … are talk of the day. Cloud managed WAN service is also catching up in networking market, with Meraki leading it, followed by vendors such as Aerohive. Network engineers with cloud, virtualization and automation knowledge on top of traditional networking knowledge, are in greater demand than a CCIE with routing and switching knowledge.

Cisco’s ACI, APIC & Nexus series are changing the way data-centers are being designed and deployed. With direct integration, and possibility of single dashboard management console, platforms such as mentioned below could be managed with ease :

Firewalls have changed a lot as well in comparison to layer 2-4 (& slightly layer 7) legacy firewalls. Current ones are running as virtual appliances in multi-context, zone based firewalls, with integrated identity based control, IPS & layer 7 scanning capabilities. Programming skills needed to integrate API enabled devices, is moving from desired skills to mandatory one.

A Well-Rounded Network Engineer knows it All

This one is not a new demand on contemporary network engineers, but it has existed since the profession is in place. When a network engineer is deploying a new infrastructure, or troubleshooting existing one, it is quite helpful to have :

Knowing automation with programming or scripting skills is icing on the cake. As a modern engineer one is expected to have length & breadth of traditional understanding on how network works, plus ability to integrate that knowledge with virtualized networks. In today’s scenario, it is not enough to know how to configure layer 2 or layer 3 switch, assign VLANs, port speeds, IP addresses. An experienced network engineer is expected to know how virtualized network works in collaboration with physical network. Knowledge of Orchestration tools make things even rosier.

In demand Skills for Network Engineers

Based on present shift in networking technologies, Network Engineers must have :

Furthermore, it is not a definitive list, among other important skills and technologies are Wireless, Storage SAN, AAA, VoIP. Finally, in context of modern network engineer’s demand, anyone with above mentioned skills holds potential to get best offers networking industry has to offer.

Feel free to comment below and exchange your view on skills which modern network engineer must be having.

0 responses on "Essential Skills For A Successful Network Engineer"